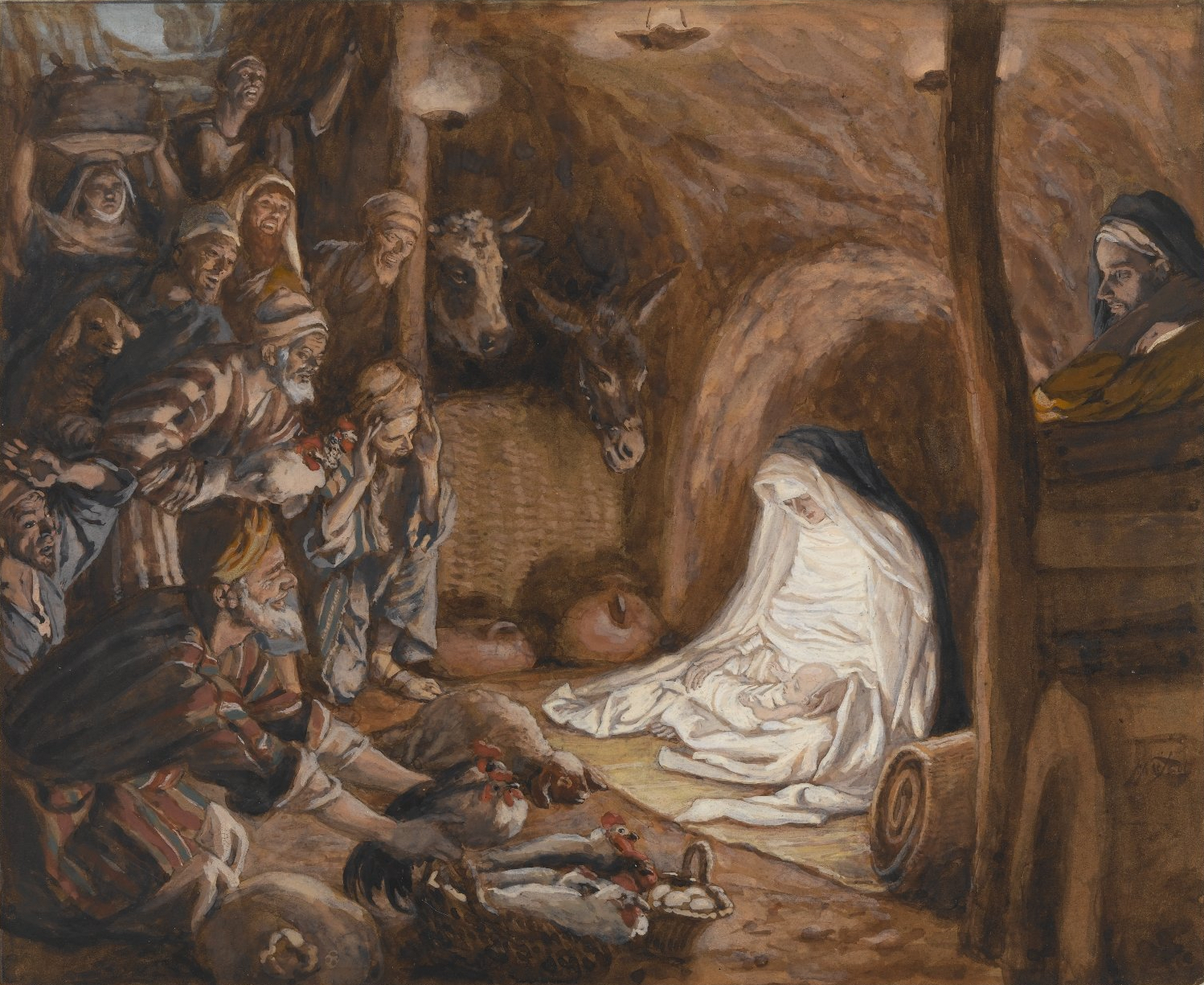 This article was originally written in 2017, with new revisions for this publication. The text has been translated from the original French by Christopher Holman and Katelyn Emerson.

Olivier Messiaen has written hundreds of commentaries about his own music, often highly technical. These texts, the most important of which being Technique de mon langage musical (1944), have been widely disseminated, and have resulted in several generations of musicians, musicologists, and listeners believing that Messiaen's compositional technique was well-understood. However, a closer reading of the composer's writings indicates how incomplete these texts are: when casting the spotlight on this aspect and that detail, considered with great precision, these sources do not consider huge parts of his scores, and leave many crucial questions unanswered. Unfortunately, Messiaen's silence on such topics has too often left room for others to paraphrase Messiaen's own comments inaccurately. My colleagues Yves Balmer, Christopher Brent Murray, and I have striven to push this investigation further: nearly a decade of research resulted in the book Le modèle et l’invention, Olivier Messiaen et la technique de l’emprunt (Editions Symétrie, 2017 — available here). In this text, we demonstrate, in order to generate his music, how Messiaen created a particularly elaborate technique of borrowing melodic, harmonic, and rhythmic models, which constitutes an essential foundation of his musical thought. Known until now only by scattered examples, evoked in a way that is both explicit and yet partial in Technique de mon langage musical, the idea of borrowing nevertheless proves to be a key to deciphering Messiaen's scores. It was not enough for our research to use mere resemblances or analogues to identify a passage of Messiaen as having been borrowed — instead, we sought evidence to ensure our identifications were correct. We aimed to understand the reality of the creative work of the composer in detail.

This work of tracing "musical genetics," however, developed without the help of Messiaen's compositional sketches, which were inaccessible at the time of our research (except those of the Visions de l’Amen and a few other pages), but have recently come to light. During the process of publishing our book, the collection of the Messiaen Archives, which includes a large mass of documents relating to the genesis of the composer's works, was progressively added to the collection of the Bibliothèque Nationale de France. In many ways, these documents confirm the conclusions of our book, and open up new ways of understanding Messiaen's music.

I will give here an example of these possibilities from one of the documents which is newly available: a draft book of Messiaen, previously unknown, which contains sketches for his works from between (approximately) 1932 and 1935. Particularly relevant to organ music, this so-called "Green Notebook" (BnF RES VMA MS-1491) contains the very early ideas of what would become La Nativité du Seigneur. It indicates that Messiaen's first project related to the Nativity seems to have been marked as being a "symphonic poem" following the Offrandes oubliées, Tombeau Resplendissant, l’Hymne au Saint-Sacrement, and L’Ascension (at the time, Messiaen used that term, strongly anchored in the nineteenth century, to designate these works, before abandoning it later). Two brief themes and a sketch of an overall plan are thrown on paper. The first, in the chronology of the notebook, seems to be the very first seed of his next work for organ — Messiaen would abandon this project of a new "symphonic poem" orchestral work, and instead use the theme of the Nativity for an organ work to come. The sketch looks like this:

This musical phrase can indeed be considered as a primitive version of the theme of the last part of "Les Bergers", second movement of La Nativité for organ; the published version appears here:

A comparison of the two versions highlights some aspects of the composer's work. The first version is mode 2 polarized on G-sharp minor. The second uses the mode 6 polarized on A, by reworking the pedal harmonization for more diversity in exploring the harmonic possibilities of the mode. But it is especially in the realm of rhythm that the differences are striking. The regular meter in the "Green Notebook" theme is modified in the final version by the use of a tool which, in La Nativité, makes its first appearance by Messiaen: the demi-unité de valeur ajoutée ("half unit of added value"). Messiaen converted the meter to 2/4 (or 8/16) by adding or removing a sixteenth note to produce alternations of 7/16 and 9/16 measures. "Added" or "removed" rhythms must therefore be understood from the most active and concrete angle. It is a question of adding and subtracting from a traditional measure to create a transformation. Here, we find ourselves at the core and birth of Messiaen's personal language; he creates his style by inventing tools for transforming the musical heritage he inherited. Far from being a purely rhythmic phenomenon, the additive values require the addition of melodic notes, here mainly chromaticisms which emphasize the particular characteristics of Mode 6 and adorn the line of the melodic sketch in the "Green Notebook".

This is not the only thing to be gained from this comparison. Indeed, the discovery of an early version of the Bergers melody can solve an enigma that, for organists, has run for decades. In his first program notes of the work, Messiaen specifies that this melody is "une sorte de Noël" ("a kind of Christmas melody"). But ambiguity runs from his pen, especially comparing his melodic materials to those of popular traditions. In almost all cases, Messiaen evokes a vague stylistic or generic relationship with his works, tending towards pastiche. However, together with Y. Balmer and C. Murray, the three of us have understood, based on evidence, that these formulations did not hide pastiches but borrowings — that is to say, a reference to a precise melodic model, which is then chosen and transformed by Messiaen according to specific techniques that integrate into his own music. In the case of Les Bergers, the source had remained inaccessible (despite many older proposals based on superficial comparisons). Discovering an intermediate stage of transformation now makes it possible to ensure, without any doubt, the return to the source. I wish to acknowledge the insight and perspective of my colleague and friend, the Swiss organist Tobias Willi, whom I thank very warmly.

This example is the Christmas carol "Oh què de grande fête", which Messiaen borrowed for Les Bergers, taken from 450 Noëls classés par tons ("450 Noels Arranged According to Key" — available here) harmonized by Léon Rouher and published by Biton in 1910. Given the very rare key of G-sharp minor (due here to the fact that the arranger wanted to present melodies in all the major and minor keys for his collection), as well as the pedal harmonization being nearly identical to Messiaen's setting, we can affirm with near certainty that Rouher's version was the source material for Les Bergers.

Even if the Messiaen Archive opens such new doors as this, one cannot rely on only what they contain, because Messiaen is rarely explicit in his sketches as to the exact sources of his materials; only a synthetic understanding of its borrowing technique, as discussed in our book, allows us to grasp such details as discussed above. In this case, however, this discovery helps to understand some of the ties between La Nativité du Seigneur and the music of the late nineteenth and early twentieth centuries. The singularity of Messiaen is a progressive conquest: as with his predecessor at Trinité, Alexander Guilmant, and number of organists of his time, a popular Christmas melody can still act as the reference material in new organ works. And from this well-known source, Messiaen does the unexpected: he builds his contemporary voice by working, reworking, and passing the same material through various deforming prisms using his own tools.

A further study on Messiaen's source materials can be found in Yves Balmer, Thomas Lacôte, and Christopher Murray, "Messiaen the Borrower: Recomposing Debussy through the Deforming Prism", Journal of the American Musicological Society 69, vol. 3 (2016), 699–791, available here.

is organiste titulaire at the Eglise de la Trinité in Paris, a post that Olivier Messiaen held for 60 years. He worked at the Paris Conservatory for six years as the assistant of Michaël Levinas, before being named professor of analysis in 2014. He was educated at this institution, receiving five first prizes with distinction between 2002 and 2006. His manifold musical activities bring together composition, improvisation, performance, teaching and research. His cycle Etudes pour orgue (2006–2015) presents a new approach to the instrument and its sonority. Among his latest works are Uchronies I for two pianos, commissioned by the French Ministry of Culture, Four Motets for female voices and organ, and La nuit sera calme for organ and percussion, commissioned by Radio-France. In 2013, his first solo CD entitled The Fifth Hammer was recorded at the Eglise de la Trinité, and released by Hortus. He is regularly invited for recitals, master classes and lectures by many international institutions, including The Royal College of Organists, Eastman School of Music, Mozarteum Salzburg, Gothenburg Music Academy, Haarlem Organ Academy, Bologna Conservatorio, etc. Along with musicologists Yves Balmer and Christopher Murray, Thomas Lacôte has devoted several years to important research on the works of Olivier Messiaen, leading to the publication of several articles in international journals (XXth Century Music, Journal of the American Musicological Society) and a book (Le modèle et l'invention: Olivier Messiaen et la technique de l'emprunt, Editions Symétrie, 2017).

In 2012, Thomas Lacôte was awarded the Del Duca prize from the Académie des Beaux-Arts-Institut de France. In 2019 he received the Hervé Dugardin composition prize from the SACEM. He is artist in residence at the Royaumont Foundation, and a member of the musical committee of the Prince Pierre Foundation in Monaco.