The Gothic Organ at Rysum 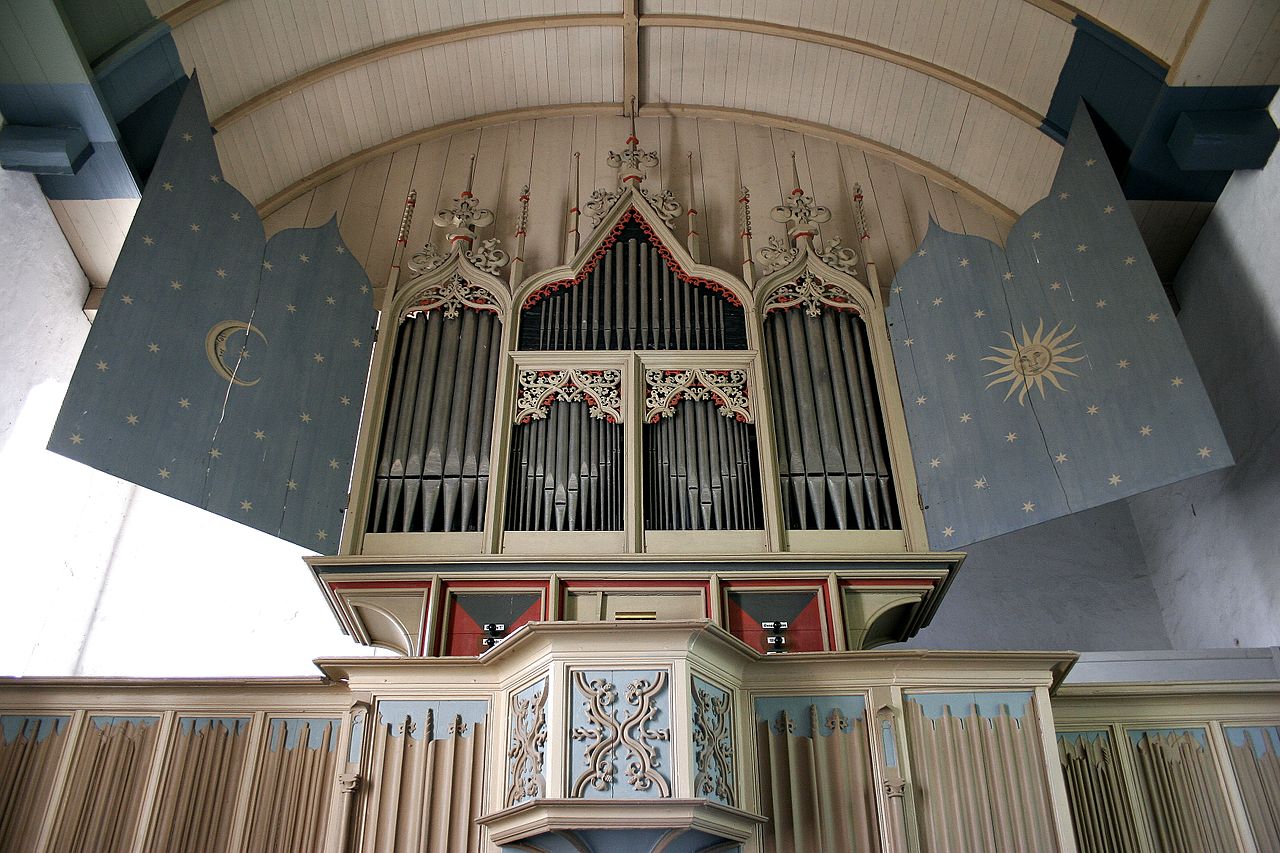 The Gothic Organ at Rysum

In the flatlands of Ostfriesland, a northwestern province of Germany near the North Sea, is a string of small medieval towns that comprise a district called Krummhörn. Some of these villages are quite modern, with grid-based streets and inns that cater mostly to European tourists looking for some fresh air. Other towns consist primarily of homes, and look like something out of a children’s book, with winding brick roads that make sets of rings around the center of the town. The village of Rysum (pronounced “Ree-suhm”) falls into the latter category, and most remarkably, in the heart of this picturesque town there sits a church which is home to one of the oldest organs in the world.

This single-manual instrument is the last survivor of the style of gothic organ that was found throughout parish churches in the northern Dutch- and German-speaking world. The builder was "Meister Harmannus", and his "fee" for building the organ is quite interesting — the details come from Eggerik Beninga's historical record Cronica der Fessen, in which he notes that "the pastor and church authorities at Rysum, through a letter from Olde Imell, overseer of Osterhusen and Grymersum, have asked that he allow them to transport their fat cattle over the Ems [River] to Groningen because of the organ that they commissioned there." This entry was dated to 1457, and so the organ was probably built a few years earlier.

The first definite date associated with the organ is 1513, which is inscribed at the base of the rear gallery. While the organ stands there today, originally it was on top of a rood screen separating the people from the altar. The dendochronology of the two large doors date the wood to the Baltics around 1480, and may have been added when the organ was moved.

Today, the instrument boasts seven independent stops, but the organ Harmannus built was a Blockwerk — a giant mixture with the possibility of playing either the full organ, or only the 8’ Praestant in the façade. The organbuilder Joachim Kayser was paid for seven register knobs around 1680, which may have been when the organ was separated into individual stops (though it could have been earlier). Regardless, the original mechanism to activate the 8’ Praestant still functions as it did in 1457, with a large lever just above the music stand.

Through the years there were minor modifications, but on the whole, the organ stayed largely intact, and in 1959, Jürgen Ahrend and Gerhard Brunzema restored the Rysum Organ to its 1513 condition, resulting in this stop list:

*Reconstructed by Ahrend and Brunzema.

The tone of the organ is quite different from the Schnitger instruments we now commonly associate with northern Germany. Quite the opposite of the term "unrefined" that sometimes is associated with the Gothic period, I would describe the principals, at least sitting at the keydesk, as quite flutey, with an extremely warm, rounded tone. Here is the Praestant 8':

As you can hear, the acoustic is pretty dry. At first playing, I found the key action a little stiff, as the palates are so large and heavy, but paying close attention for a few minutes and adjusting makes playing the instrument a delight. All the principal stops together (i.e. everything but the trumpet and Gedackt) makes for an absolutely inspiring sound (though it is extremely loud for the player!).

The 8’ Trumpet is quite extraordinary in its own way, with brilliance and character throughout the compass. Though a reconstruction, it fits beautifully with the rest of the instrument, and it’s actually not terribly loud from where the players sits.

There are a few factors which make playing conventional repertoire difficult or impossible. It has no pedal, and the manual includes short octave. This means that the lowest octave of keys plays the following pitches: 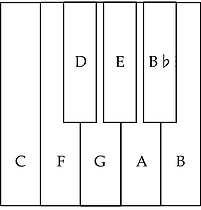 The Rysum Organ is also tuned in quarter comma meantone, which strives to set major thirds at the beginning of the wheel of fifths at a mathematically pure ratio. Unfortunately, dividing the octave in this way results in some keys becoming unplayable. Here’s a recording of major triads progressing through the circle of fifths (C major–G major–D major…) on the 8’ Praestant:

The circle of fifths in quarter-comma meantone.

Given all this, what sort of repertoire does one play on such an organ? The majority of surviving organ literature from the time of the Rysum organ in the German-speaking world (Buxheimer Orgelbuch, works of Conrad Paumann, Hans Buchner) comes from much farther south, and the pipework of the few other surviving organs from this era (Valère Basilica in Sion, the table organ at the Rätisches Museum in Chur) are built quite differently, producing a much brighter tone. The Ileborgh Tablature was probably compiled a little more toward the north (Stendal, between Berlin and Hamburg), but the notation is full of problems, and the music we can decipher is generally not as refined as works from the Paumann and Hofhaimer circles. However, the Rysum organ is the only Gothic instrument still surviving in which the majority of the pipework is in its original condition.

It is actually possible to play a few early pieces by Johann Sebastian Bach effectively on this instrument. Some chorales from the Neumeister Collection work particularly well, and show off the rich, warm character of the Gedackt.

I think it’s hard for us modern people to grasp just how old this organ really is — but for context (as a colleague pointed out to me), we are now (in 2018), chronologically closer to Johann Sebastian Bach’s death than the year that the Rysum organ was built. All these things make this instrument a priceless treasure, and an invaluable insight into the tonal world of the late gothic period in parish churches.

Since winning the Albert Schweizer Competition, Christopher Holman has performed on some of the most important historic and modern organs in North America and Europe. He has released two recordings, and his performances have been broadcast on German and Swiss national television and radio. Also active as a scholar, his research has most recently been published in Oxford University’s journal Early Music, and he is Director of Musicology for Bach Society Houston. Thanks to a fellowship from the Frank Huntington Beebe Fund, he is researching and studying historic organs throughout Europe while based at the Schola Cantorum Basiliensis in Switzerland. He studied with Robert Bates at the University of Houston, and Dana Robinson at the University of Illinois. For more information, please visit www.christopherholman.com.